Finn is incredibly strong. Terrifyingly so, even.

WE GOT SPOT BACK!! And… now… Berkley has a hireling gnoll I guess???

DM’d by @kaleidraws as always!

We defeated Sureek’s squad of vicious gnolls and spared Sureek herself for questioning. However…

Finn noticed just in time to warn the rest of the party and Captain America’d on top of the kamikaze-fireball-gnoll grenade.

Absolute champion. I might need to draw that part later, too, but it was 1:30 AM when I did these

DM’d by @kaleidraws as always!

Another scene from our DND campaign, DM’d by @kaleidraws: an archdruid reveals her intent to use Varris’s undead flesh as spell components… and as Berkley begins to usher him out the door, Varris gets horrifically pulled into the earthen wall…

Spoilers: we managed to get her to let him go.

“Before we start… Berkley: you are surrounded by corpses.”

Scene from a recent DND session DM’d by @kaleidraws… Berkley has a nightmare.

and then Berkley kept looking for his ivory owl and then he got bitten by a snake and Aldeyr slapped a bandage on it. 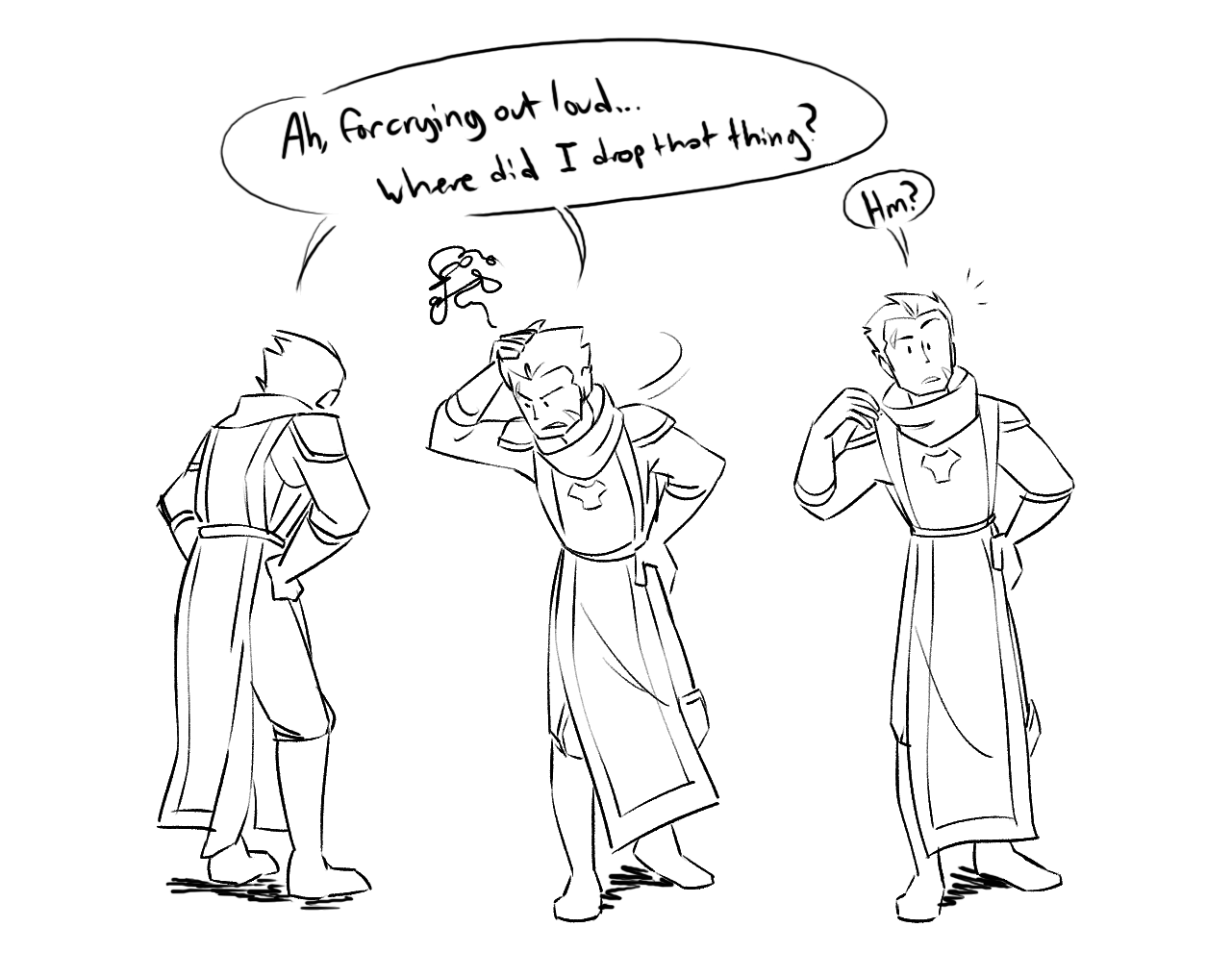 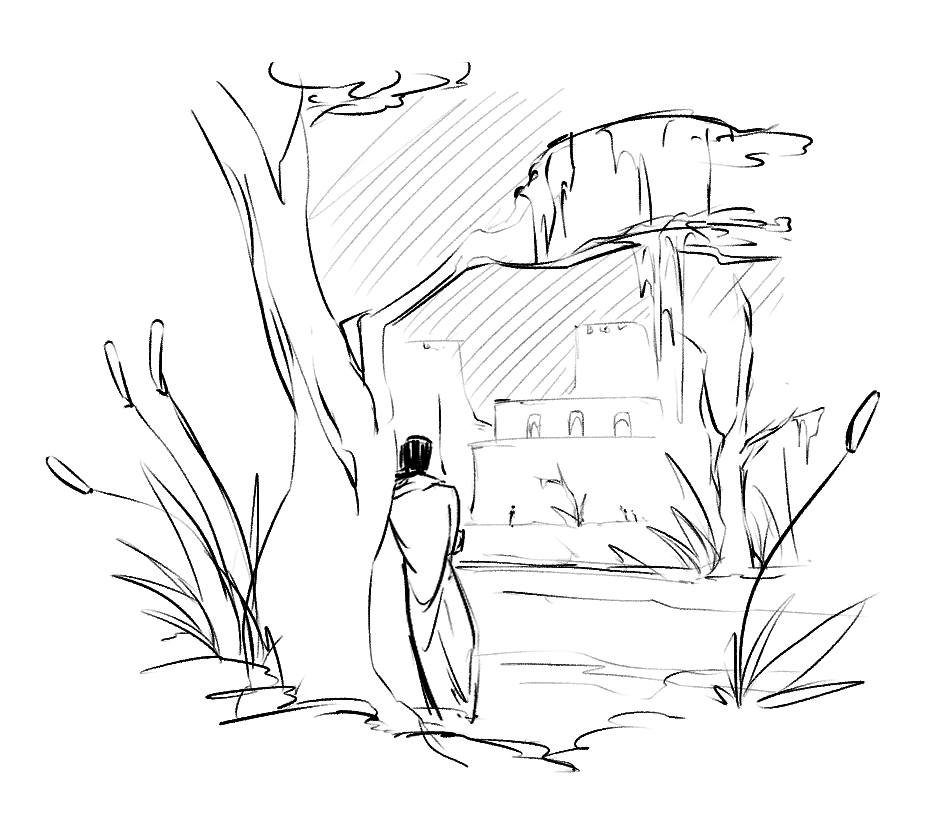 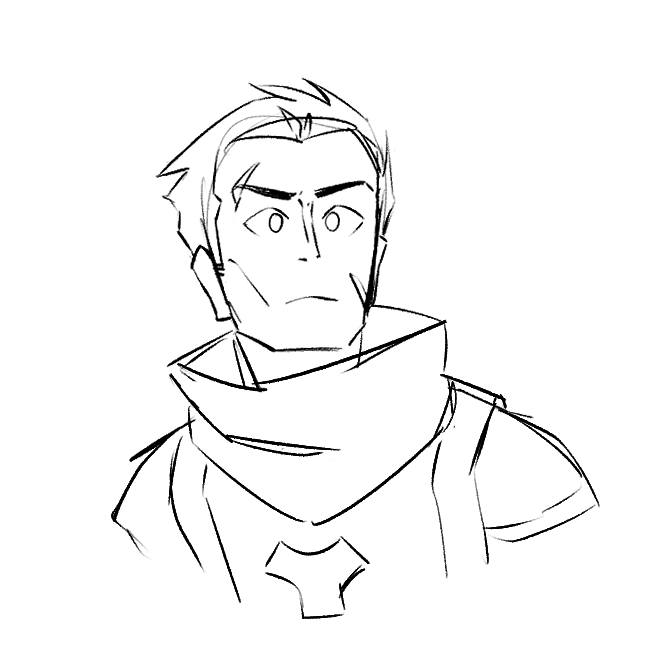 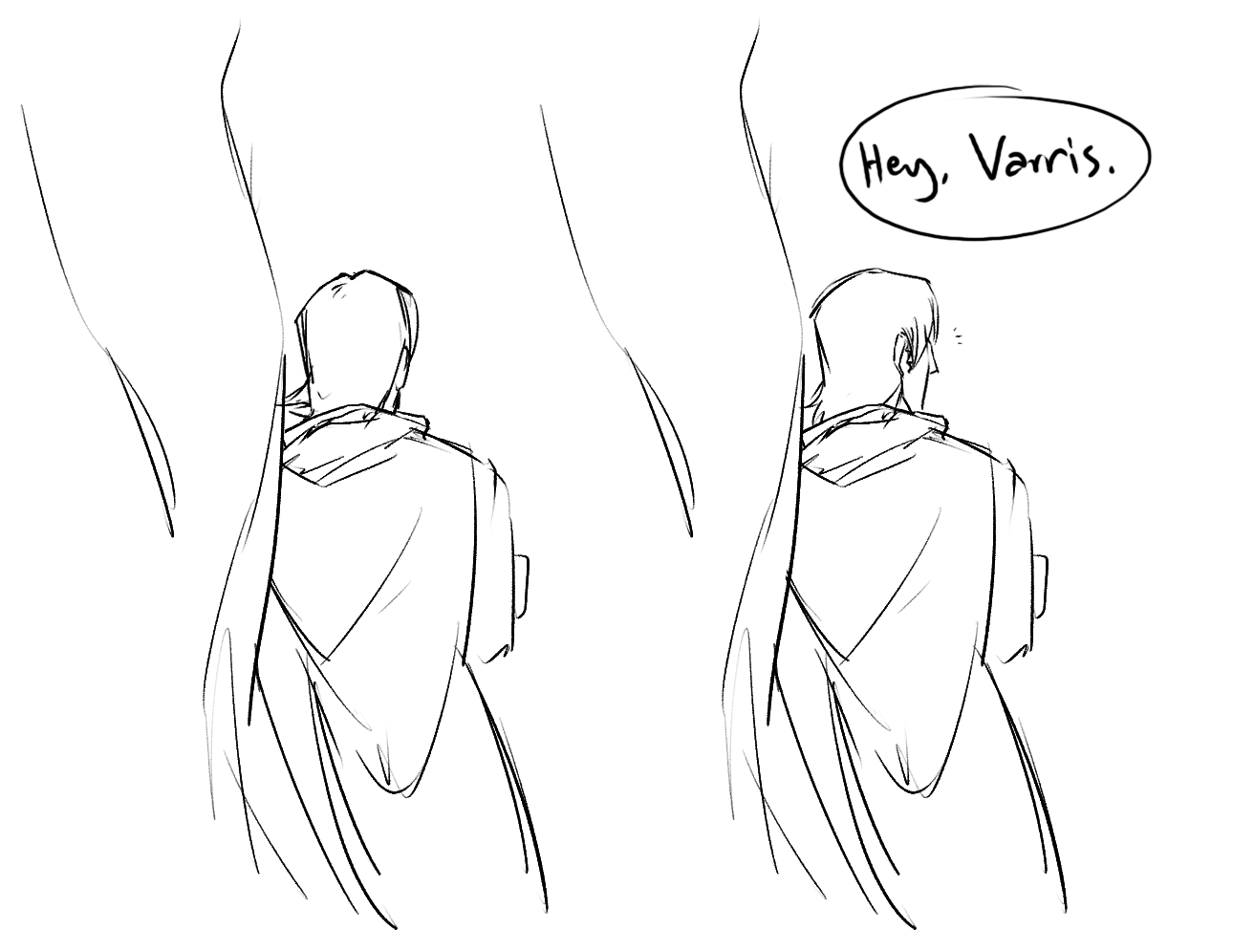 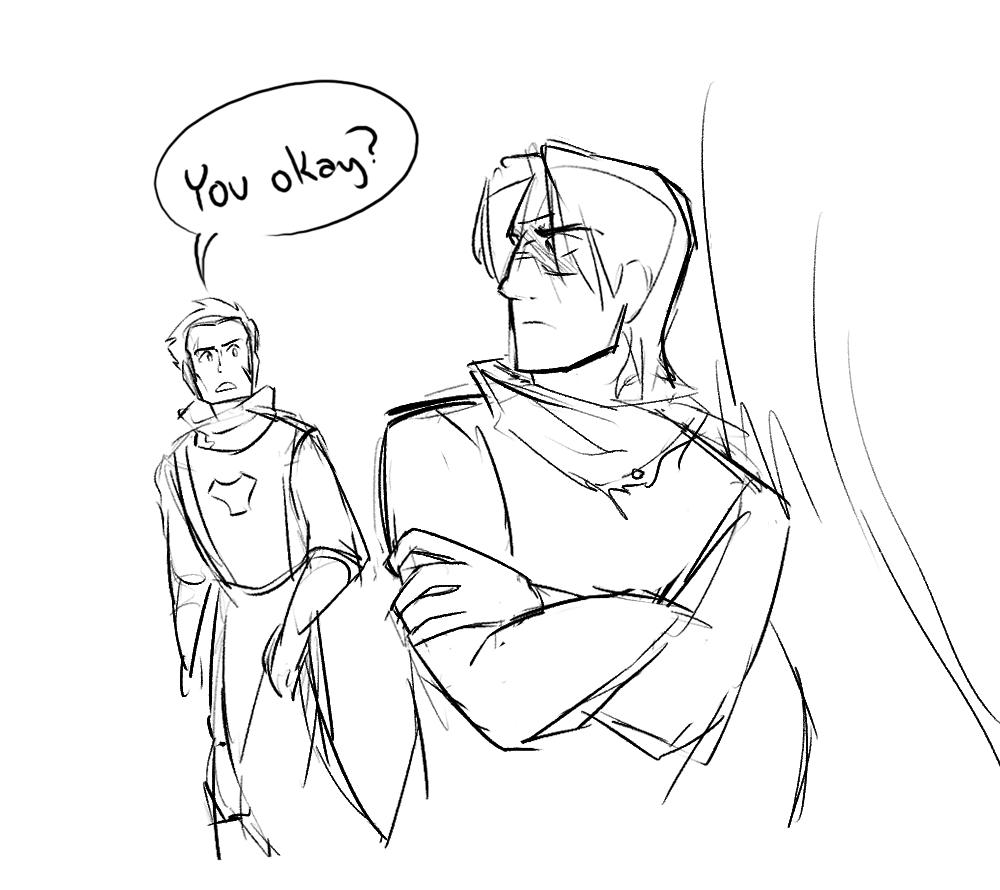 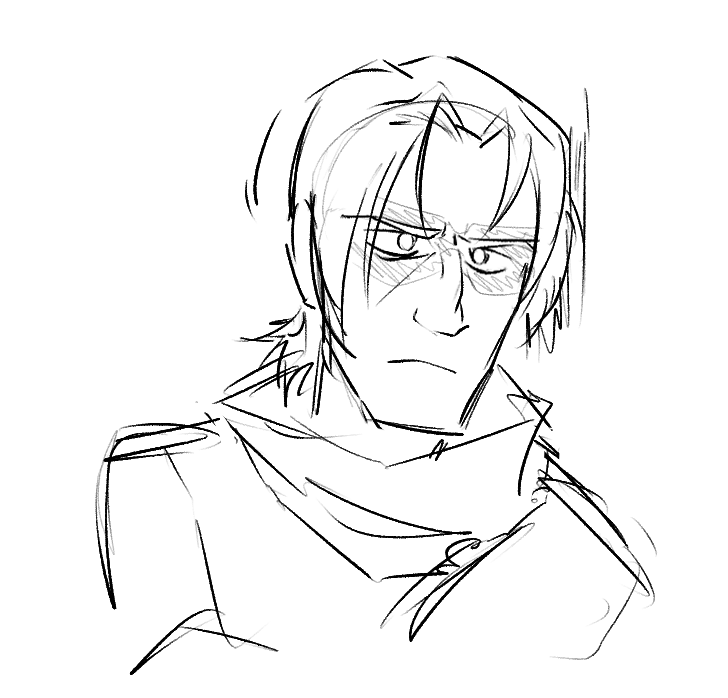 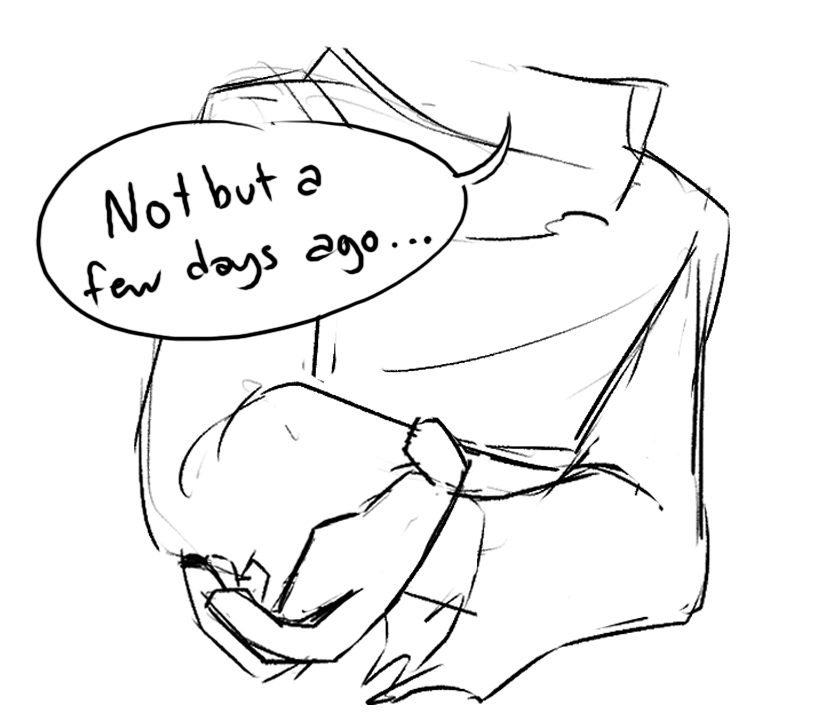 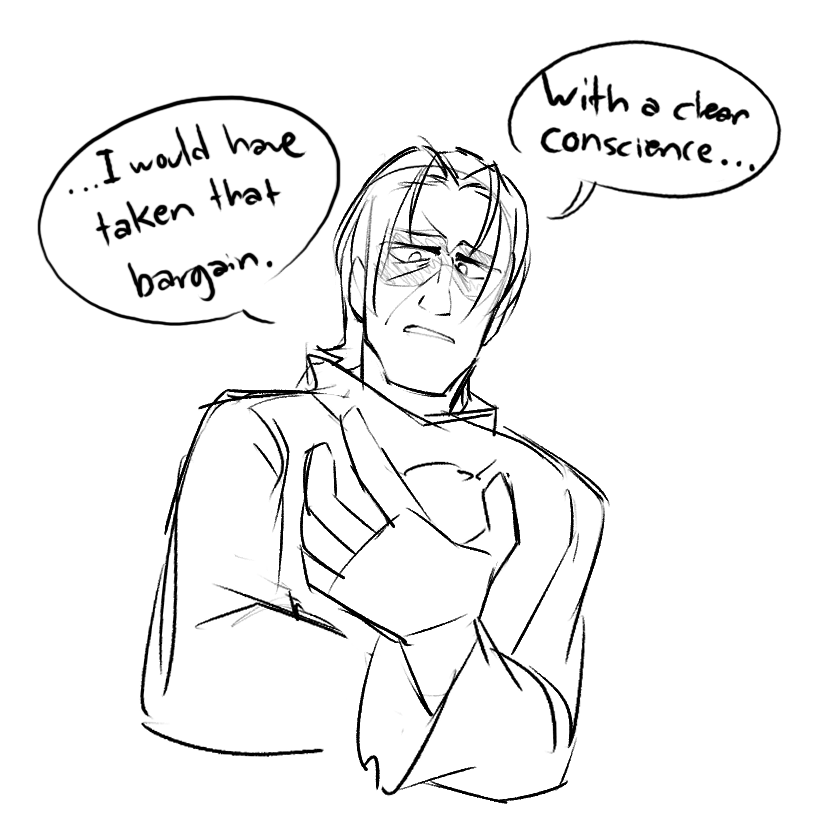 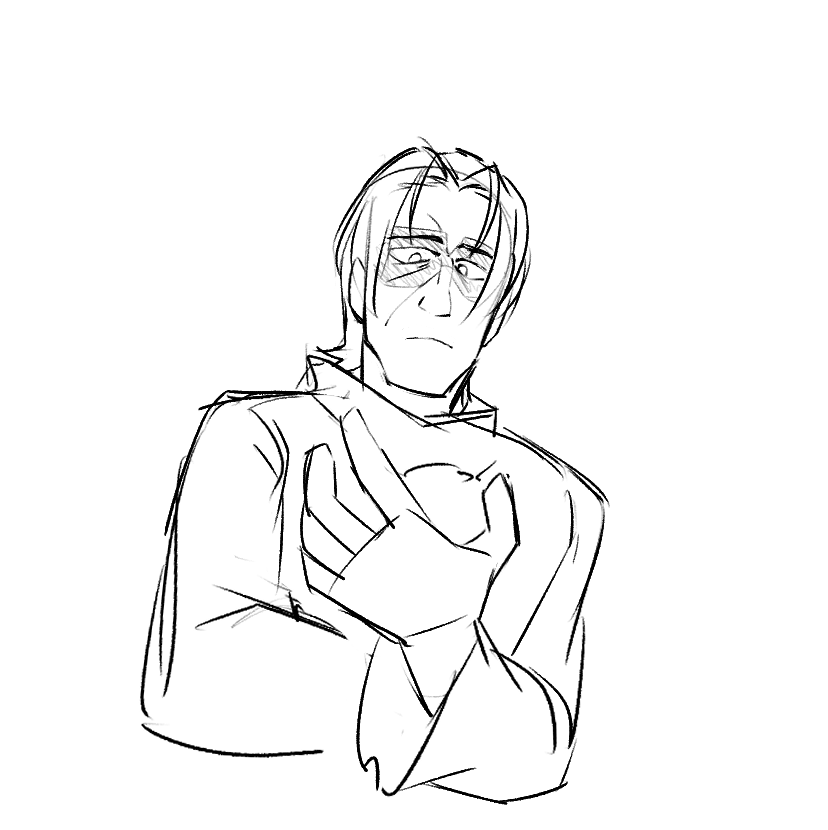 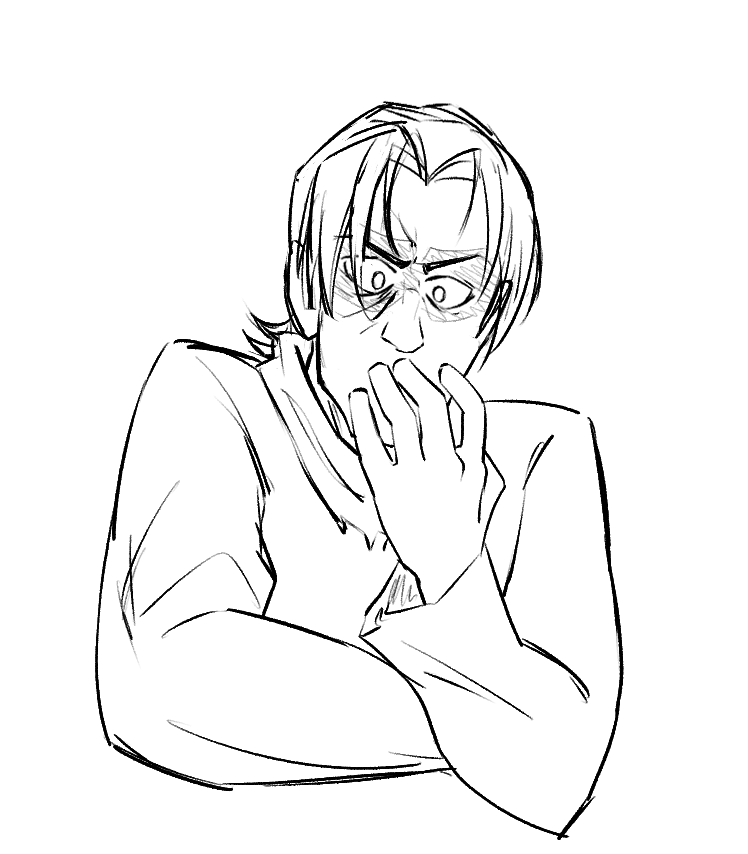 Upon meeting with Risasthillum, the reclusive archdruid of the Dead City lowlands, the adventuring party was was offered a veritable king’s ransom in gold and rare potions if they would only trade their undead companion to the witch for use as spell components; A cruel and horrific fate, by any measure.

However, given that the dead man in question, Varris Toll, had tried to kill them all before being slain under a blood moon in Daggerfjord’s town square, it would not have been out of the question for the party to accept the tantalizing offer.

Incredibly, all stood firm in their refusal of Risa’s deal, and soon found themselves in a life-or-death struggle against a powerful druid on her home turf.

The conflict was ended as both parties realized their common goals and colleagues, and all survived the battle with their lives and freedom in-tact.

That evening, away from the warm hearth and succulent feast within Risa’s mud cottage, Varris contemplated the events of the day with sobering insight…

and then Berkley kept looking for his ivory owl and then he got bitten by a snake and Aldeyr slapped a bandage on it.

Is rise of balxirous a homebrew campaign?

Not super familiar with home brew as a concept, but if it means using DnD as a rule base to allow a group of peeps to collectively play out an original story, then yep!

Didn’t wanna make a story that had ties to a bunch of content I have absolutely no knowledge of, so basically just started writing my own high fantasy adventure then took a gander at DnD content to see what would fit it best. And even though I’m going off 5E…